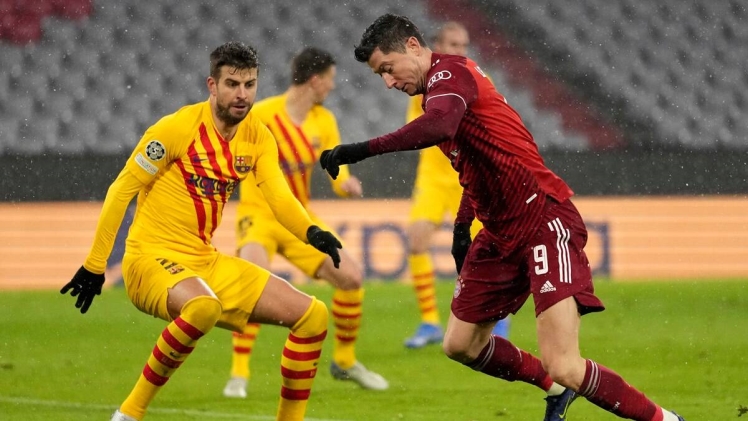 In the main club soccer competition 12 teams have already reached the 1/8 finals. In order to qualify for the final part of the tournament, you must take 1st or 2nd place in your group. The third place team qualifies to the 1/16 finals of the Europa League. The team ranked fourth finishes their European Cup journey this year. The matches of the 5th round of UEFA Champions League have been played on October 25 and 26. The last, 6th round, will be played between the teams. However, we already know the teams who will pass on, no matter how the last game will go. Napoli, Liverpool, Brugge, Porto, Bayern Munich, Manchester City, Real Madrid, Chelsea, Benfica, Inter, PSG and Borussia Dortmund qualified for the next stage of the Champions League.

In some groups, we even know the place that a particular team will take. For example, in Group C we know that Bayern will remain in first place. In the same group, Inter will remain in second place, while Barcelona will unexpectedly drop out of the tournament in third place. The team will continue its path in the Europa League. A similar situation in the group G. Manchester City has guaranteed itself the 1st place, while Borussia Dortmund will finish the group stage in the second place. In the Europa League will fly out again Sevilla.

November 1 and 2 will be the last 6 round, some teams still have a chance to get out of the group, to make watching these matches more interesting, you can bet in Nigeria sport betting.

In Group D the situation is quite ambiguous, because every team has a chance to get to the next stage. In first place is London Tottenham, and in last place is Marseille, the difference between first and second place is only 2 points, so everyone still has a chance. In Group A there was no intrigue before the last round, Liverpool and Napoli easily took 1st and 2nd place respectively. Third place in the group was taken by Ajax, with only 1 win in 5 rounds. Group B has unexpected favorites, Brugge and Porto advanced to the next stage from 1st and 2nd place, the favorite of the group, Atletico Madrid, is now in 3rd place, 4 points behind 2nd place. In Group E the obvious outcome is Chelsea, Salzburg and Dinamo Zagreb can fight for the second place with Milan. In group F there will be a battle for the 2nd place between Leipzig and Shakhtar, it is interesting that the match for the 2nd place will be held in the last round. In the last group, we were surprised by the disappointing performance of Juventus, although the team is not in great shape, only 3 points in 5 games – a terrible result, for example as many points scored Maccabi Haifa in the same group. The first place went to PSG, the second to Benfica.